TV Talk – Game of Thrones Season 5: A Story of Failures

This post contains major spoilers through the end of Game of Thrones Season 5, and includes speculation for potential plot developments in Season 6.

Game of Thrones’ fifth season is not a failure. But it depicts characters failing left and right, here, there, and everywhere. Self-styled kings and would-be saviors died. Rulers mismanaged cities on either side of the Narrow Sea with disastrous consequences. For one Stark sister, individuality was punished as selfishness. For her older sibling, status as a full-blown player in the game was turned into the ashes of renewed victimhood. Failure ties Season 5 together. Now, Game of Thrones is not a show based around triumph, but never before in the show has bitter failure been so pervasive. I believe at least part of the public frustration with the season can be linked to this dissonance. And now, let’s dive into this unifying theme of the season – strap in, this is a long one.

Daenerys Targaryen’s rule of Meereen is marked by well-intentioned failures. Faced with the rise of an insurgent group called the Sons of the Harpy, a member is arrested. Before a fair trial, a beloved representative of the Meereenese common people named Mossador murders the prisoner in his cell. Wanting to enforce equivocal justice, Daenerys orders the unapologetic Mossador executed publicly. PR nightmare by way of an unfortunate series of events, and suddenly the claws are out. The stoked rise of Harpy activity leads to the death of Daenerys’ trusted Queensguard Ser Barristan Selmy. And eventually, despite canny political compromises on Daenerys’ part (a marriage to nobleman Hizdahr zo Loraq, reopening the Fighting Pits), the Harpies reveal themselves en masse at the opening of the Great Games. Daenerys’ loose dragon Drogon sweeps in, taking her on his back, and flies her away from the city all the way to the Dothraki Sea – and far away from the site of her ultimate failure to keep order in Meereen. That flight is not triumph, but rather relief, Daenerys taking an exit strategy from the mess she has failed to prevent. And with her dragons representing her authority and power, it’s no coincidence that two of them are chained in the Great Pyramid during her stay in Meereen, a metaphor for her impotence.

Another self-styled monarch, Stannis Baratheon, fails operatically this season. After saving the Night’s Watch from certain defeat at the hands of Mance Rayder’s wildlings, Stannis marches south to retake Winterfell from the hated Boltons. But as oppressive winter snows in Stannis’ army, he then plays Agamemnon to daughter Shireen’s Iphigenia, sacrificing her to the Red God. Sure enough, the weather calms, but threefold disaster strikes: Stannis’ wife Selyse hangs to her death, a large portion of the army deserts, and the Bolton army slaughters the rest. And the could-have-been king himself is finished off by Brienne of Tarth. Stannis has paid a karmic price for sacrificing his kin, and his claim has been forever lost. (Sidenote: As a book reader killing off Stannis at this point drives me crazy in part because in the books’ mythology, the killing of a beloved one is inextricably tied to the salvation of the world from the White Walkers.) And another interesting thing to note with this war in the North: when Melisandre tried to seduce him, if Jon Snow had spread his legs, as it were, a shadow assassin would have killed Roose Bolton just as one murdered Stannis’ brother Renly. Maybe she should have led with that instead of the vague mumbo-jumbo! But in any case, Stannis, the only claimant to the throne who knows to care about the threat from beyond the Wall, is dead. He has failed in every way.

Petyr “Littlefinger” Baelish is a high-stakes gambler, and his past ones have been wonders to behold. By manipulating Lysa Arryn to murder her husband (Hand of the King Jon Arryn) and implicate the Lannisters, Littlefinger set off a specific chain of events that led directly to the War of the Five Kings. By not apprehending Arya Stark (disguised as a boy) even when Littlefinger recognized her at Harrenhal, he prolonged the Lannisters’ search for a key hostage and the Starks’s search for family, subtly but significantly changing the face of the war. By conspiring with Olenna Tyrell to kill King Joffrey and implicitly frame Tyrion Lannister, Littlefinger accelerated political chaos in King’s Landing. But his big gamble in Season 5 backfires, hard.

By marrying Sansa Stark to Roose Bolton’s legitimized bastard son, Littlefinger sets off a chain of events that theoretically leads to his own Wardenship of the North. But his plan relies on two pillars of sand: Stannis’ conquest of Winterfell, and Ramsay’s pliability. On the first point, we already know how well that turns out. On the second point, Littlefinger’s intelligence is woefully incomplete, and given his obsession with Sansa, I don’t think he would marry her off to someone he knows to be a psychopath. But of course, this brings us to Sansa, the tragic pawn in all this. At the beginning of the season, Sansa is assured, picking up canny political skills and learning to project control. Her dyed black hair is symbolic of this. But Ramsay violently interrupts her growth, and by the end of the season, a red-haired Sansa choose a possibly fatal jump off Winterfell’s battlements to escape her abuser. Littlefinger’s gambit has crumbled spectacularly, and he has failed Sansa.

Other major characters fail routinely. Arya progresses in her training to become an identity-shifting faceless assassin, but then kills Ser Meryn Trant for personal revenge. For this, Arya is blinded – a girl fails to become no one. Jaime’s hilariously ill-thought-out plan to kidnap his daughter Myrcella and spirit her away from Dorne predictably fails. But even after the Prince of Dorne has allowed Jaime to take Myrcella and her promised husband Trystane to King’s Landing, tragedy strikes. Just as Jaime reveals to Myrcella that she is his daughter, she succumbs to a fatal poison and dies in her father’s arms. Margaery Tyrell, after making coy but pointed plans to shoo Cersei Lannister out of King’s Landing, is imprisoned for defending her “sinful” brother Loras. Her manipulations, which have worked for so long, are no longer of any use. 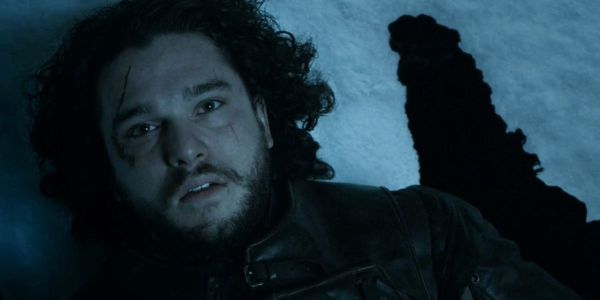 Jon Snow, now voted Lord Commander of the Night’s Watch, is at least successful in saving about 2,000 wildlings from the White Walkers. But it is a pyrrhic accomplishment at best; more than half of the 5,000 wildlings at Hardhome are killed by the army of the dead, and added to it. Jon even says of the evacuation upon return, “It was a failure.” And this effort of Jon’s is rewarded by a Julius Caeser-style assassination by his own men. Et tu, Olly? And so Jon Snow lies dead.

The previous cases are all unambiguous failures; other characters end up with a bit more of a mixed result, most notably Cersei Lannister. As Queen Mother, Cersei unwittingly ensures her own comeuppance. After populating the Small Council with sycophants, Cersei surreptitiously orders Ser Meryn Trant to assassinate Mace Tyrell… to undermine Margaery. Cersei makes the insane decision to arm the Faith Militant in an overblown design to arrest Loras Tyrell… and thus undermine Margaery. Cersei sets out to systematically destroy the alliance with the Tyrells, which is the one utterly vital to the Lannisters keeping control of the throne. Of course, the Faith ends up arresting Cersei as well, and after the indignity of confession, Cersei must undertake a naked Walk of Shame between Baelor’s Sept and the Red Keep. But at her lowest point, Cersei beholds her new toy, Maester Qyburn’s reanimated Zombie Mountain… and Cersei is free to start a campaign of revenge.

Two other bittersweet fates are assigned this season. Brienne misses Sansa’s signal to her for help, and thus fails in the duty she considers most high. But she also avenges her beloved Renly by killing Stannis. Ser Jorah Mormont, though worn by the trials of exile and sick with insidious greyscale, has worked his way back into the semi-good graces of his beloved Queen Daenerys.

Indeed, there are a few exceptions to the rule of failure this season. Theon Greyjoy finally takes action against his Bolton oppressors and takes steps to erase his identity as Reek. With Varys’ help, Tyrion Lannister finds renewed purpose as an advisor to Daenerys’ cause. Samwell Tarly departs the Wall with Gilly and Little Sam to travel south and become a maester. But when it comes to proactively accomplishing goals in Season 5, Ellaria Sand of all people may be the greatest success story of the season. She fulfills her objective of killing Myrcella and stoking aggression against the Lannisters. Good on you, Ellaria! Oh, wait…

A large majority of main characters failed spectacularly in Season 5. But let’s look ahead. I think that a significant part of Season 6 will reverse the fortunes that came to fruition in Season 5, with the sixth season acting as a sort of slightly more upbeat inversion of some of the dark depths of the fifth season. We’re entering speculation mode, so preface each following sentence with “I believe”…

Well. I’ve gone really overboard with the detail here, but that’s what being a Game of Thrones fan is. The ability to engage with the minutiae of the show’s world reflects one of its great strengths, as its story is so rich and open for many avenues of discussion. Failure may tie the fifth season together, but the canvas of the show is so broad that Season 6 is sure to push different buttons. When the season premiere airs on April 24th, 2016, our watch begins.