My Most Anticipated Films of 2017

Whatever else 2017 will throw at us, we’ll always have movies. And whether it’s finding the greatness that comes out of a studio factory, or keeping an open mind to new independent efforts, I’ll be there. So amidst the delights and excesses of awards season, these are the 2017 films I’m most looking forward to seeing.

First, a bunch of bonus mentions. T2 Trainspotting (one of my favorite directors, Danny Boyle, returns to the film that made his name), Pitch Perfect 3 (After the sequel improved on the first, I’m ready for more a capella antics); Free Fire (a claustrophobic 70s throwback crime movie from the director of the stunning A Field in England, it could be this year’s Green Room); Annihilation (I only called Alex Garland the greatest science fiction screenwriter of all time. No big deal! Hopefully he continues to bear this out with his next writing/directing effort); Kingsman: The Golden Circle (The first Kingsman is even smarter than I initially gave it credit for, and Matthew Vaughn is a dynamite director of action); Kong: Skull Island (Apocalypse Now with Kong as Kurtz is a great pitch, and I love the 2014 Godzilla, with which this shares a cinematic universe); Death Note (an adaptation of one of my favorite comic properties looks to be a twisted psychological thriller); Logan (the rapturous response to the first 40 minutes screened to festivalgoers bodes well for this final bow of Hugh Jackman as Wolverine); Beauty and the Beast (given the state of the Disney remake, I’m very optimistic).

It’s a travesty that the greatest female superhero has never headlined a movie (hell, no woman has headlined one at all since Elektra in 2005). So under any circumstances, this first Wonder Woman film is a full-blown event. Under any circumstances; it sure doesn’t help that the current DC universe project hasn’t produced a single decent movie out of three chances. (And I hope the way Henry Cavill’s charisma is repressed in the role of Superman doesn’t parallel any untapped range in Gal Gadot’s performance.) But the trailer is solid, promising a weighty World War I setting, stunning cinematography on Themyscira, and impactful action. The image of Wonder Woman walking out from a trench onto “no man’s land” is incredibly potent, and I predict some very creative uses for the Lasso of Truth. The film will either wreck shop, or prove as divisive as DC’s previous movies. Please be good. And please don’t lean on Chris Pine as some kind of “stealth male lead”.

9) The Fate of the Furious

In the past six years, the Fast and Furious franchise has reinvented itself as one of the silliest and most rewarding in Hollywood, and this first post-Paul Walker entry will surely continue that pulpy momentum. When I reviewed Furious 7, I hadn’t seen any other movies in the series. Now having seen them all, I anticipate #8 all the more because while the showstopping stunt setpieces are the franchise’s signature, its secret weapon is the use of past cast members to create a sort of gestalt ensemble. In that tradition, former villain Jason Statham will join the team! That sort of loopy idea of community (indeed, “family”) is what I look for in a Fast movie.

Following up Blade Runner is almost a thankless task. But director Denis Villeneuve might be the best fit for the material anyone could hope for. After the painful intensity of Prisoners, nightmarish Enemy, the visceral Sicario, and the brooding but beautiful Arrival, Villeneuve is on an extraordinary run of atmospheric and pointed work. The teaser shows a matter-of-fact return to this very specific world, bolstered by another return to an iconic role by Harrison Ford, and a lead performance from 2016 darling Ryan Gosling.

7) The Masterpiece (née The Disaster Artist) 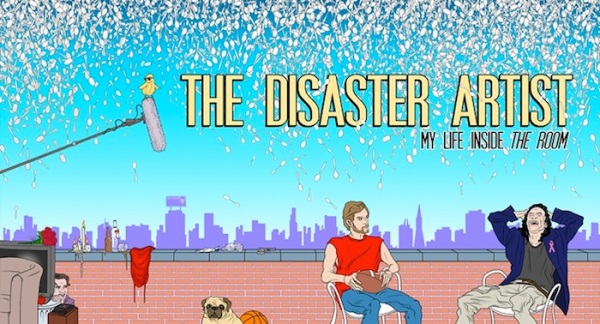 Tommy Wiseau’s The Room is a legendary so-bad-it’s-good experience, endlessly quotable and inexplicable (“Did you get your promotion?” “Nah.” “You didn’t get it, did you?”). And co-star Greg Sestero’s personal account of its making, “The Disaster Artist”, is one of the funniest and most engaging books I’ve read, so the burden is on The Masterpiece to live up to the incredible subject matter.

After The LEGO Movie (my favorite film of 2014, incidentally), it seems LEGO’s roast/tribute of the Dark Knight is far from over. What’s most intriguing about this spinoff is its apparent willingness to engage with the whole breadth of cinematic takes on Batman. So we’ll have riffs on Adam West alongside jokes reflecting the Christopher Nolan era. And the above picture hints that Batman v Superman: Dawn of Justice is already going to be satirized! For that alone, I can’t wait. It’s very unusual corporate thinking to let two Batman properties coexist on the big screen at the same time, making the business side of things fascinating as well. If all goes well, The LEGO Batman Movie could end up being the second-best Batman movie. That’s realistic. 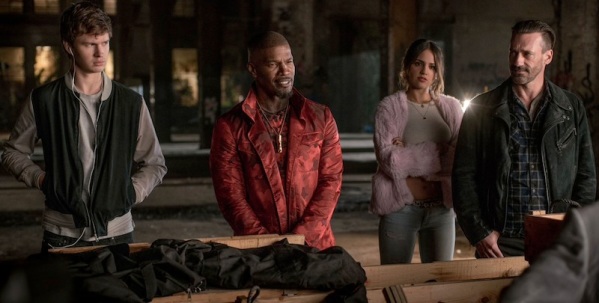 When wunderkind director Edgar Wright shows up, so do I. The sublime “Cornetto trilogy” of Shaun of the Dead, Hot Fuzz, and The World’s End alone ensures Wright’s place as one of the best filmmakers working today, but Baby Driver looks like a bit of a change of pace. Frequent collaborators Simon Pegg and Nick Frost are nowhere to be found, and it looks to be a harder-boiled affair. Revolving around a getaway driver (Walter Hill’s 70s pulp classic The Driver is a clear reference point), the hook is that he suffers from tinnitus and listens to music constantly on his earphones during heists. So Wright has license to make a sort of jukebox musical crime movie. Sounds like a plan.

One of the biggest surprises in recent memory, Paddington is no joke one of the best family films I’ve ever seen. Charming, funny, emotional, and thematically rich, the freshman entry is a hard act to live up to, but the humility of the story will surely make for a non-bombastic follow-up. This is just the story of a (sentient) bear and the human family who loves him, and if this sequel continues in the vein of the first, that’s all we need.

“Think you can handle having the incredible Hulk for a dad?” That’s a line spoken by Taika Waititi’s character in a film he also directed, simply titled Boy. Boy is a charming coming-of-age slice of life set in mundane New Zealand. Its simple charms seem miles away from those of a big-budget superhero movie, but that’s what Taika Waititi has been entrusted with in Thor: Ragnarok. Also the director of heartwarming adventure Hunt for the Wilderpeople and hilarious vampire mockumentary What We Do in the Shadows, Waititi is an exciting indie filmmaker given the keys to the Marvel playground. And to bring it full circle, he’s got the Hulk.

He’s also got an unbelievable cast. Aside from returning favorites Chris Hemsworth, Tom Hiddleston, Anthony Hopkins, Idris Elba, Mark Ruffalo, and Benedict Cumberbatch, also signed up are Cate Blanchett, Karl Urban, Jeff Goldblum, and Tessa Thompson! That’s nothing less than a murderer’s row. I’m actually an unabashed fan of the oft-maligned Thor movies (this is Marvel heresy, but the first two Thors blow the first two Iron Mans out of the water for me), and Ragnarok has a chance to wrap up the trilogy in an unforgettable bow. With Waititi at the helm, there’s no limit to the cosmic and comic territories the film can go to.

The world is still mourning the tragic death of Carrie Fisher, and even though Rogue One already functions as an odd tribute to her, she will actually have a strong presence throughout this second sequel to the original trilogy she was so beloved in. So Episode 8 will sadly function as a kind of collective wake for Carrie.

But beside all that, it will also function as a movie. In 2015, Star Wars: The Force Awakens brought the legendary franchise back to prominence in style. With Episode 8, Star Wars is taken over by writer-director Rian Johnson, who made the brilliant Brick and the visceral Looper. He inherits new characters audiences are already heavily invested in such as Rey, Finn, Kylo Ren, and Poe Dameron, and more minor ones like General Hux and Captain Phasma (who should have, you know, something to do this time around). And of course, Leia will be a prominent player and Luke Skywalker has re-entered the story. What’s particularly exciting is that now The Force Awakens has established the foundation of the story at a breakneck pace, Episode 8 can slow down and take the storytelling in any number of risky directions. The Force Awakens’ signature scene is the terrific lightsaber duel, and if Episode 8 comes up with anything as iconic, the series will be in good shape. 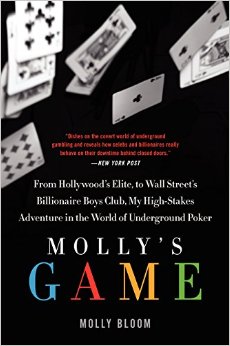 Aaron Sorkin’s body of work speaks for itself. Even ignoring TV, his screenplays for A Few Good Men, The Social Network, and Steve Jobs are masterful. (And to neglect non-masterpieces The American President, Charlie Wilson’s War, and Moneyball would be a mistake too.) With Molly’s Game, the doyen of dialogue will not only write but also make his directorial debut. And with my favorite actress Jessica Chastain in the lead role (as the real-life underground poker “queenpin” with a meteoric rise and fall), I’m very much in the bag for this. Last year Chastain starred in Miss Sloane, a movie I adore but which is also Sorkin-esque almost to the point of imitation. I look forward to seeing the genuine article, as it were.

Granted, Molly’s Game does not have an official release date yet. The year could go by without a release and I’d look pretty foolish for putting it in pole position, but this pick is a little more personal than the blockbusters that the eyes of the world will be watching. And in 2017, I’ll be watching quite a bit.